WHERE DOES THE NAME "Onder de ooievaar" COME FROM? 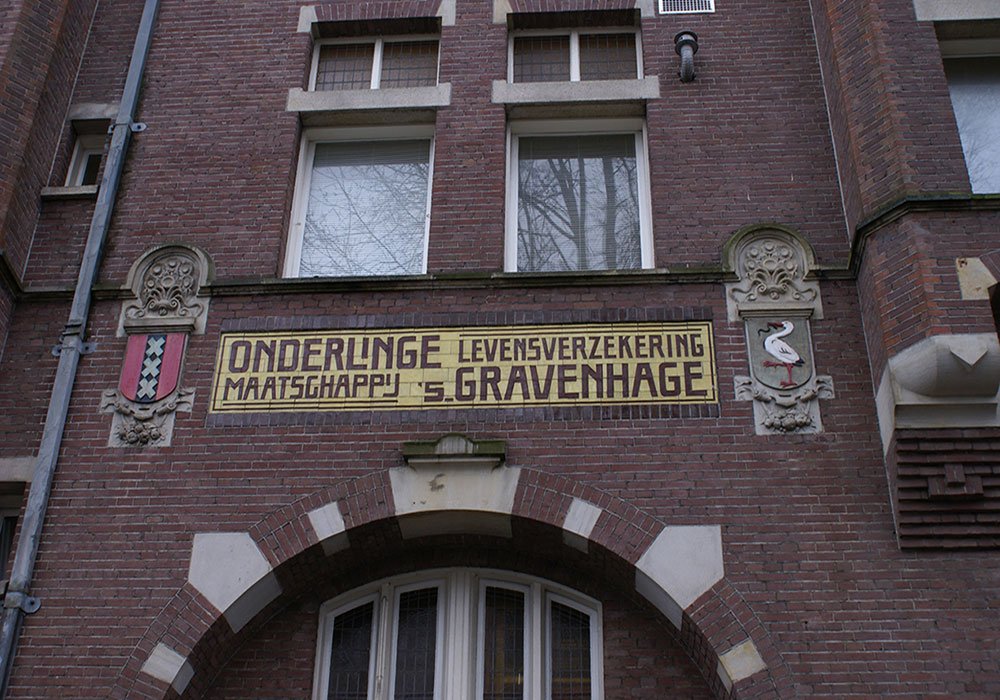 In 1953 the first café was opened in Utrechtsestraat 119, called Café Schut. Before Café Schut, Goldschmeding used the piano trade in the building and before that an insurance company from The Hague had the building built. Just as we know the famous weapon with the three crosses in Amsterdam, so they know the stork as the weapon in The Hague. They have placed this stork at various locations on the building, as you can see in the photos. 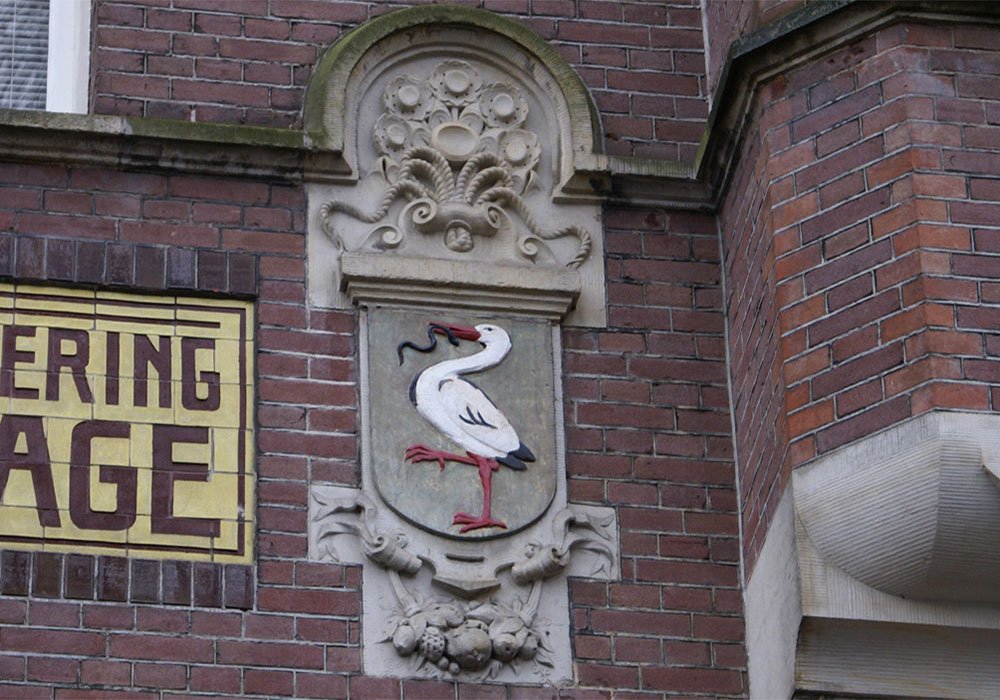 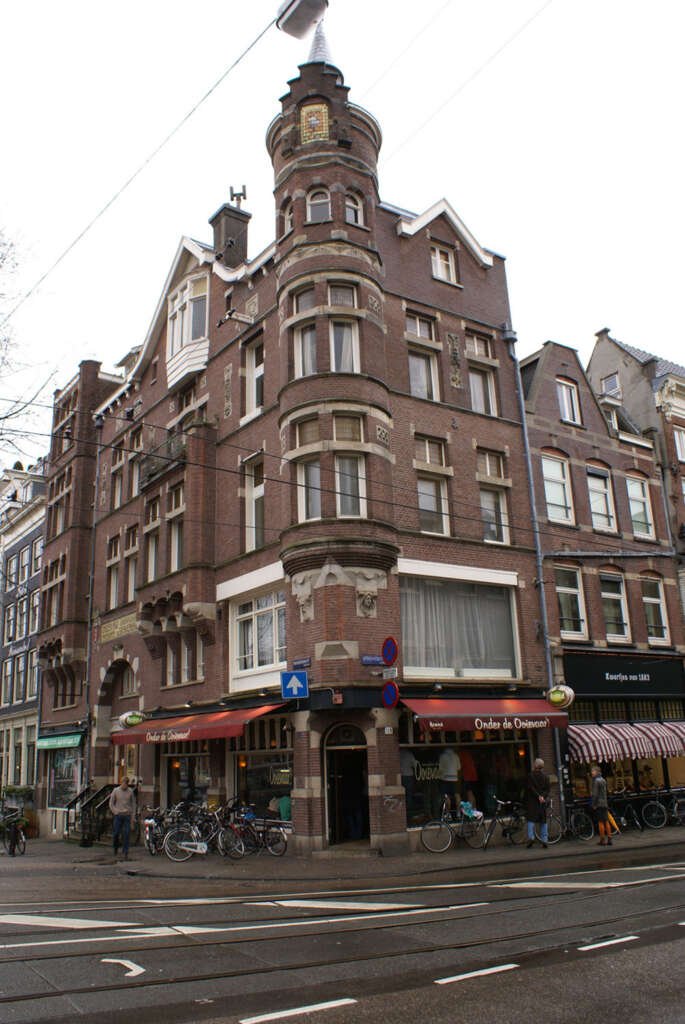 On the facade on the Prinsengracht side is a stork and a beautiful tile work. It depicts two groups of people. One group is shabbily dressed and unhappily walks downstairs into a dark hole. This group says “Uninsured”. The other group is neatly dressed, they walk embracing upstairs where sunlight shines on them. This group says “Insured”. Obviously, this is to picture the difference between hell and heaven. 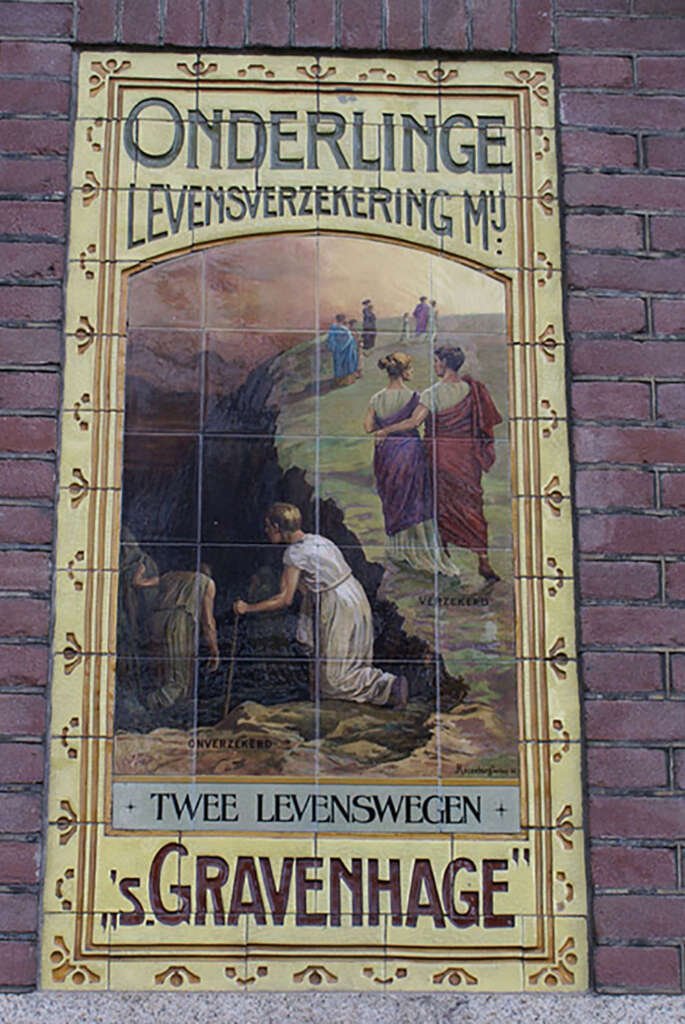 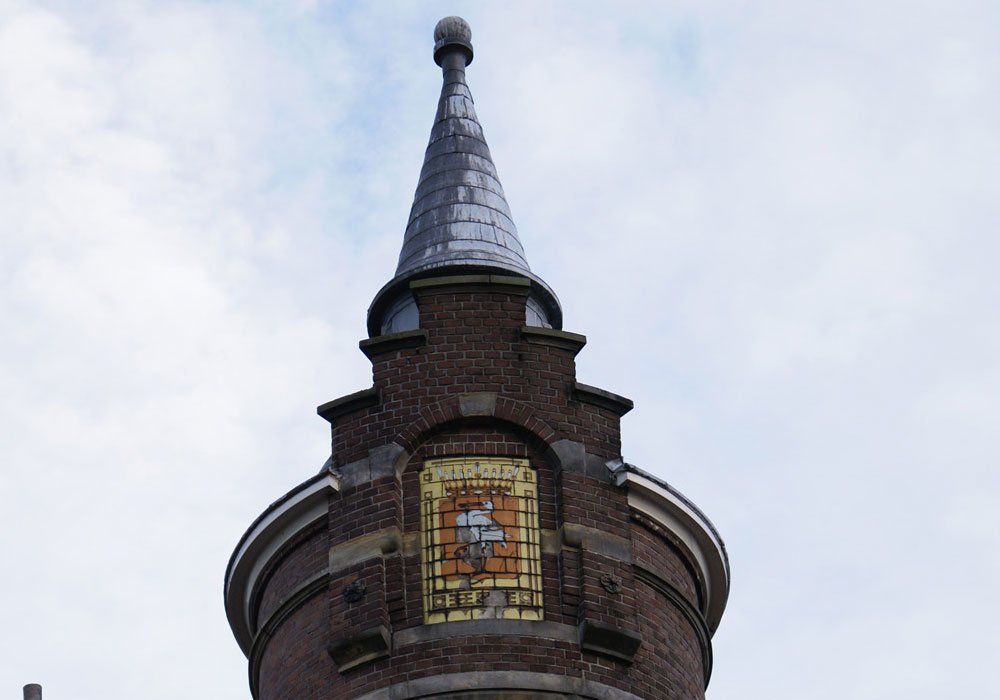 At the top of the building is a turret with a mosaic depicting the coat of arms of The Hague, the stork. 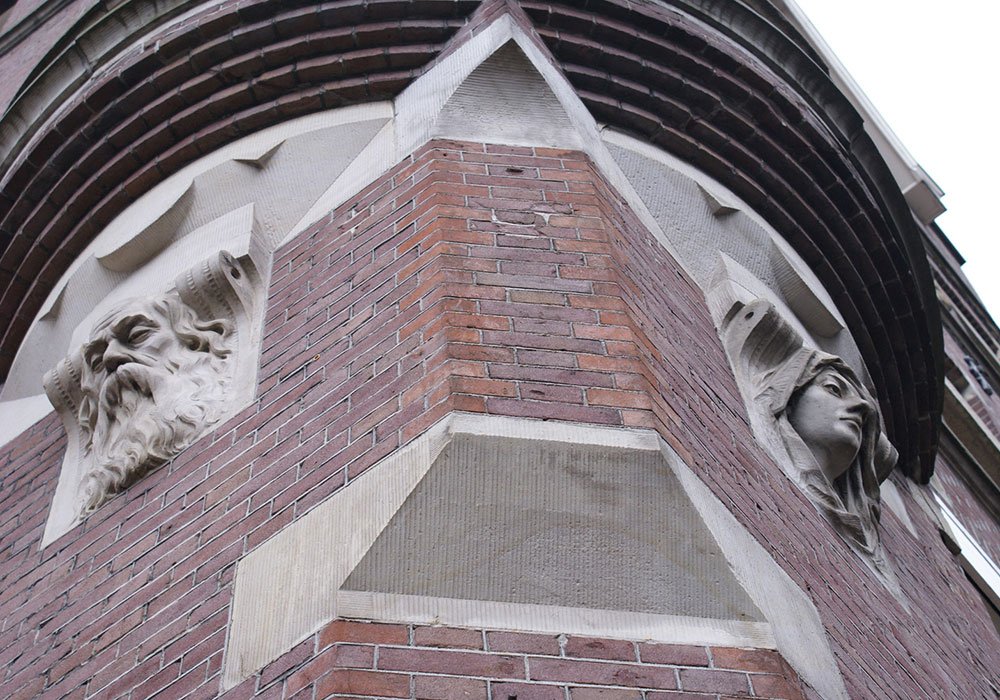 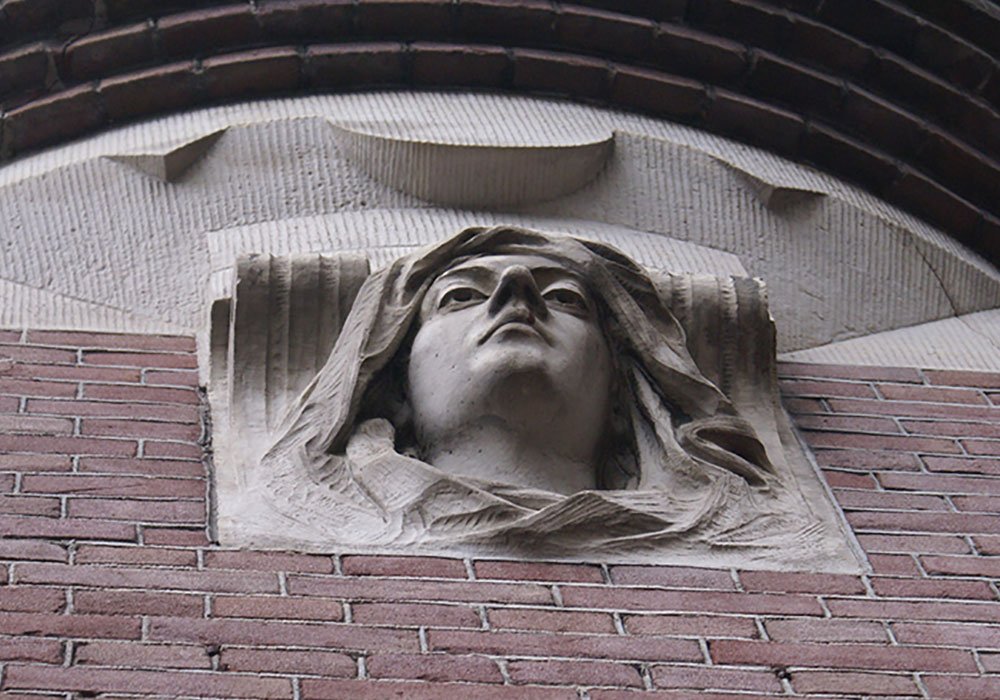 Beautiful stone heads have been built in the building 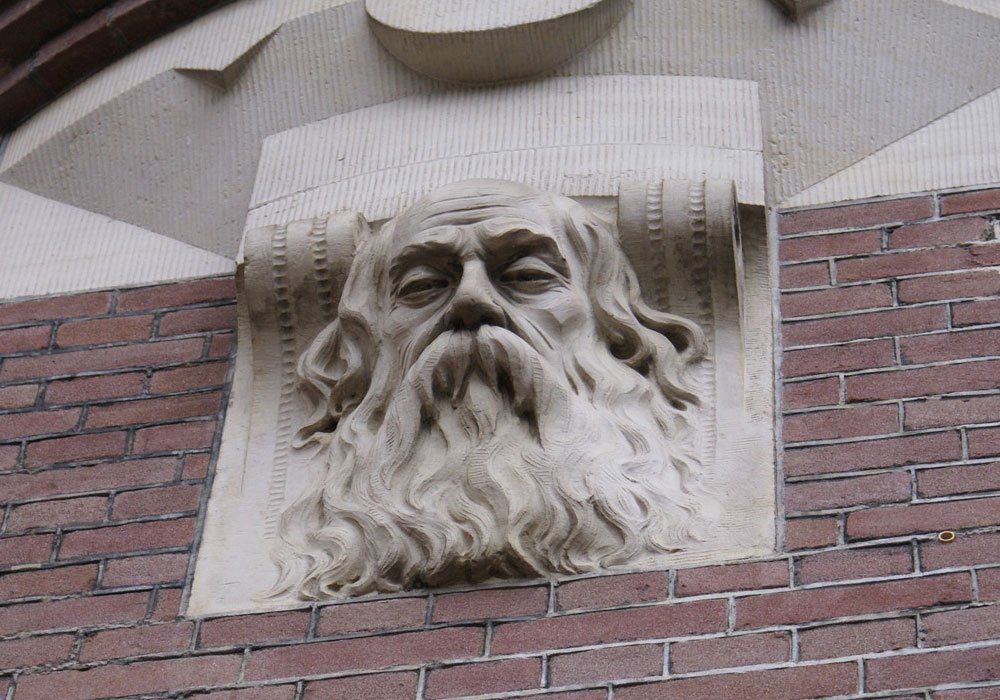 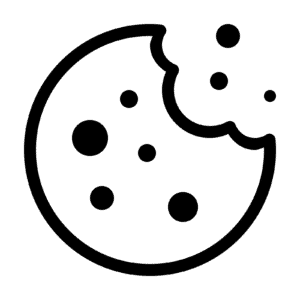